Recently, a research group from the Shenzhen Institute for Quantum Science and Engineering (SIQSE) and the Department of Physics at the Southern University of Science and Technology (SUSTech) has made progress in the stability of 3D higher-order topological insulators against Coulomb’s interaction. Their work, entitled “Coulomb Instabilities of a Three-Dimensional Higher-Order Topological Insulator,” was published in Physical Review Letters. 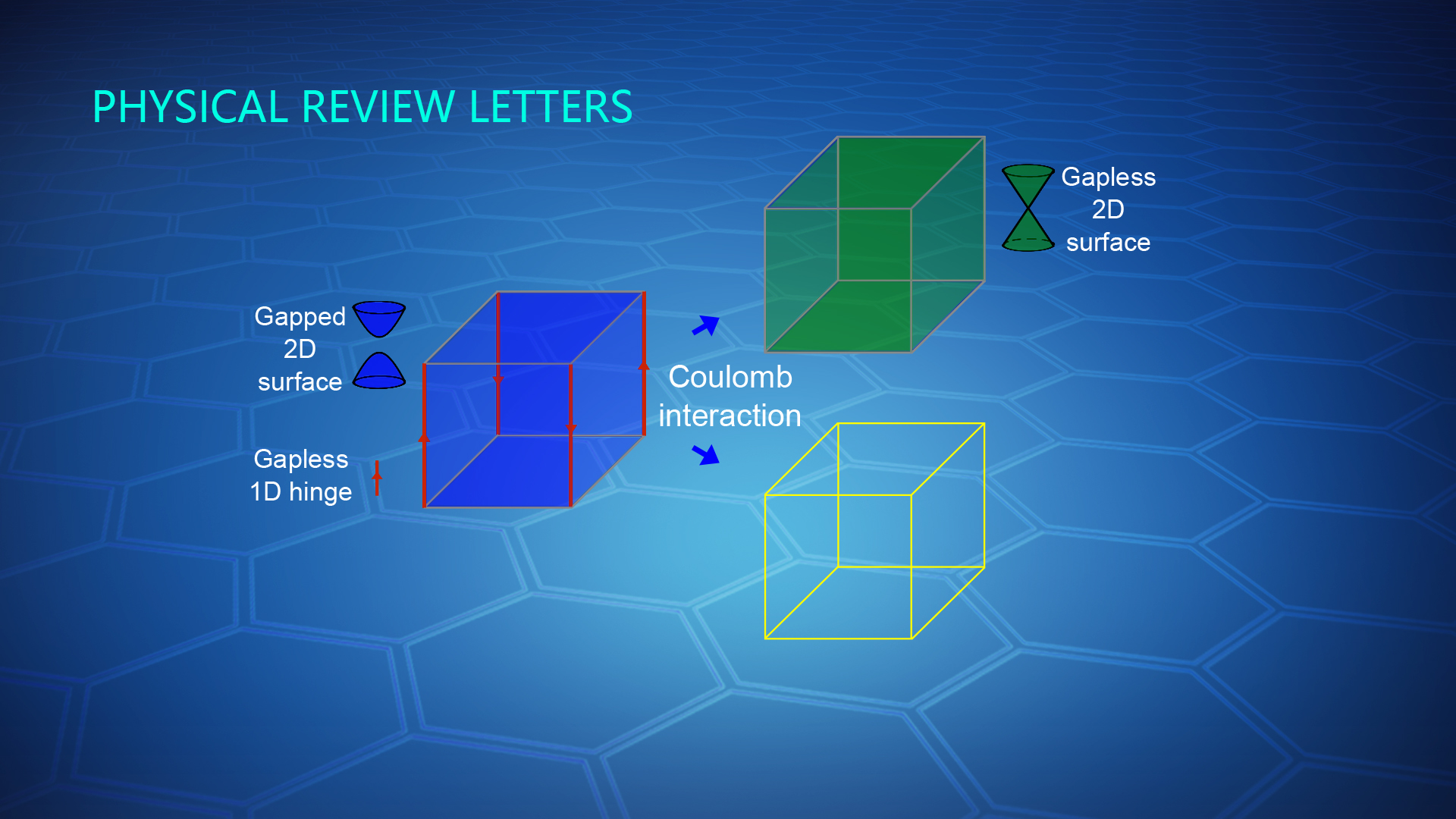 In 2017, Bernevig and his collaborator published a paper in Science, in which they extended the concept of topology from first order to higher order. Compared with conventional topological phases, one of the simplest 3D second-order topological insulators hosts 3D gapped bulk states in its interior but topologically protected gapless 1D hinge states and gapped 2D surface states on its surfaces (Fig.1). 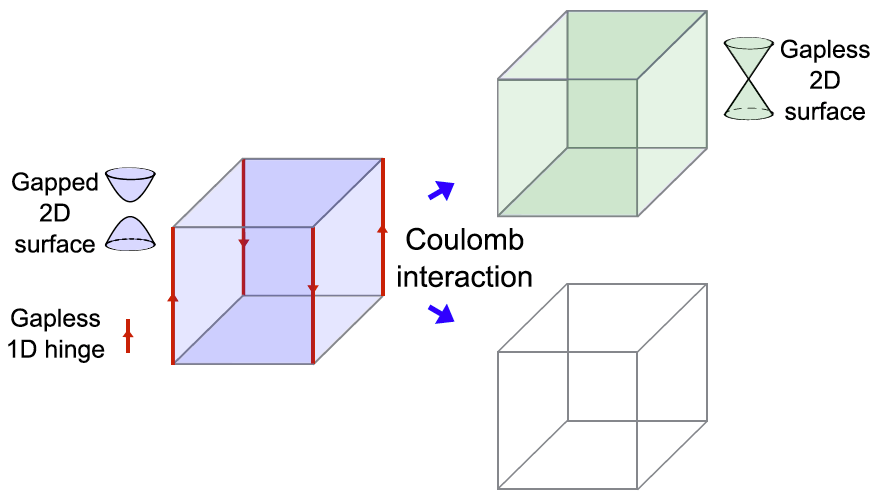 Figure 1. Schematic of a typical 3D second-order TI (left) that hosts 3D gapped bulk states in the interior but topologically protected 2D massive (gapped) Dirac cones on the surfaces and gapless 1D chiral hinge states. It may turn to a TI (right-top) or a NI (right-bottom) in the presence of the Coulomb interactions.

After complete renormalization-group calculation, they obtained the band parameters’ interaction-induced renormalization, which determines the topological invariant. By analyzing the low energy behaviors of the renormalized parameters, they found that the higher-order TIs are always unstable. Two types of topological phase transitions could happen (Fig. 1).

In the first type, a topological phase transition from a second-order TI to TI happens in the presence of the Coulomb interaction. This transition is accompanied by the surface gaps close in the low-energy limit and emergent time-reversal and inversion symmetries. In the second type, the Coulomb interaction could induce another topological phase transition from a second-order TI to a normal insulator (NI), accompanied by the bulk gap close and reopen and appearance of novel quantum criticality. They obtained several phase diagrams in the plane of Coulomb interaction and other parameters (Fig. 2). 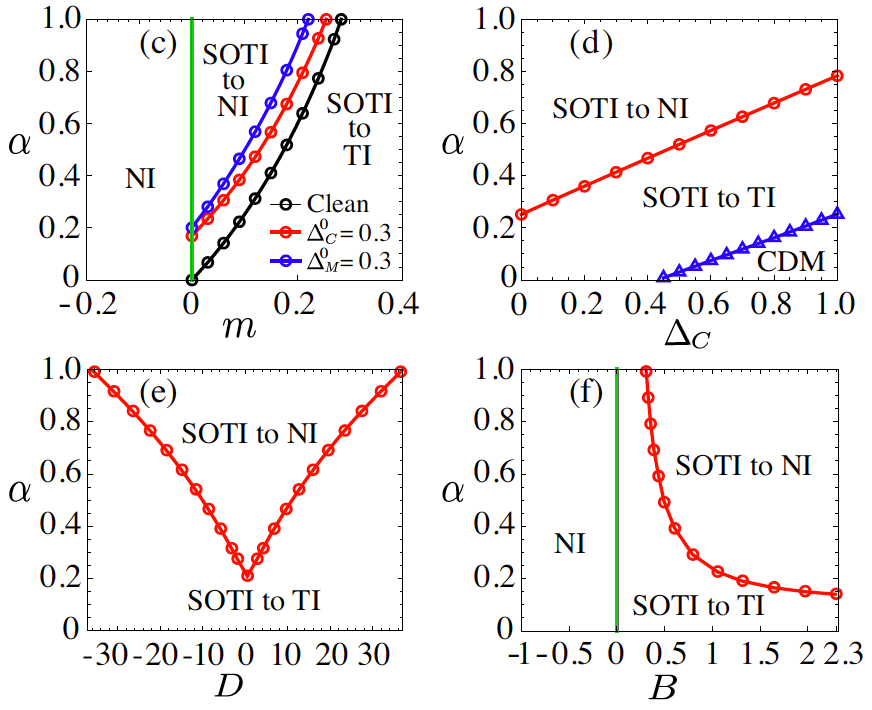 The first author of the work is Dr. Peng-Lu Zhao, and the corresponding author is Prof. Hai-Zhou Lu. The co-authors include Xiaobin Qiang from SUSTech and Academician X. C. Xie from Peking University.

The Center for Computational Science and Engineering at SUSTech assisted with the numerical calculations for this study.