Breakthrough in detecting intraslab hydrated faults beneath the forearc

The water cycle in subduction zones is closely related to the generation of large earthquakes and arc magmas, but how the water is carried by the subducting oceanic lithosphere and transported into the mantle is still debated. Intraslab hydrated faults are suspected to support such transportation. However, the geophysical evidence for those faults beneath forearc is scarce.

Professor Xiaofei Chen’s team from the Department of Earth and Space Sciences at the Southern University of Science and Technology (SUSTech) has recently published their findings on an anisotropic tomographic model showing that anisotropy in the forearc segment of the slab is well consistent with the feature caused by the subducted hydrated faults.

Their research, entitled “Seismic anisotropy and intraslab hydrated faults beneath the NE Japan forearc,” was published in Geophysical Research Letters, one of the most impactful and prestigious journals in geophysics. 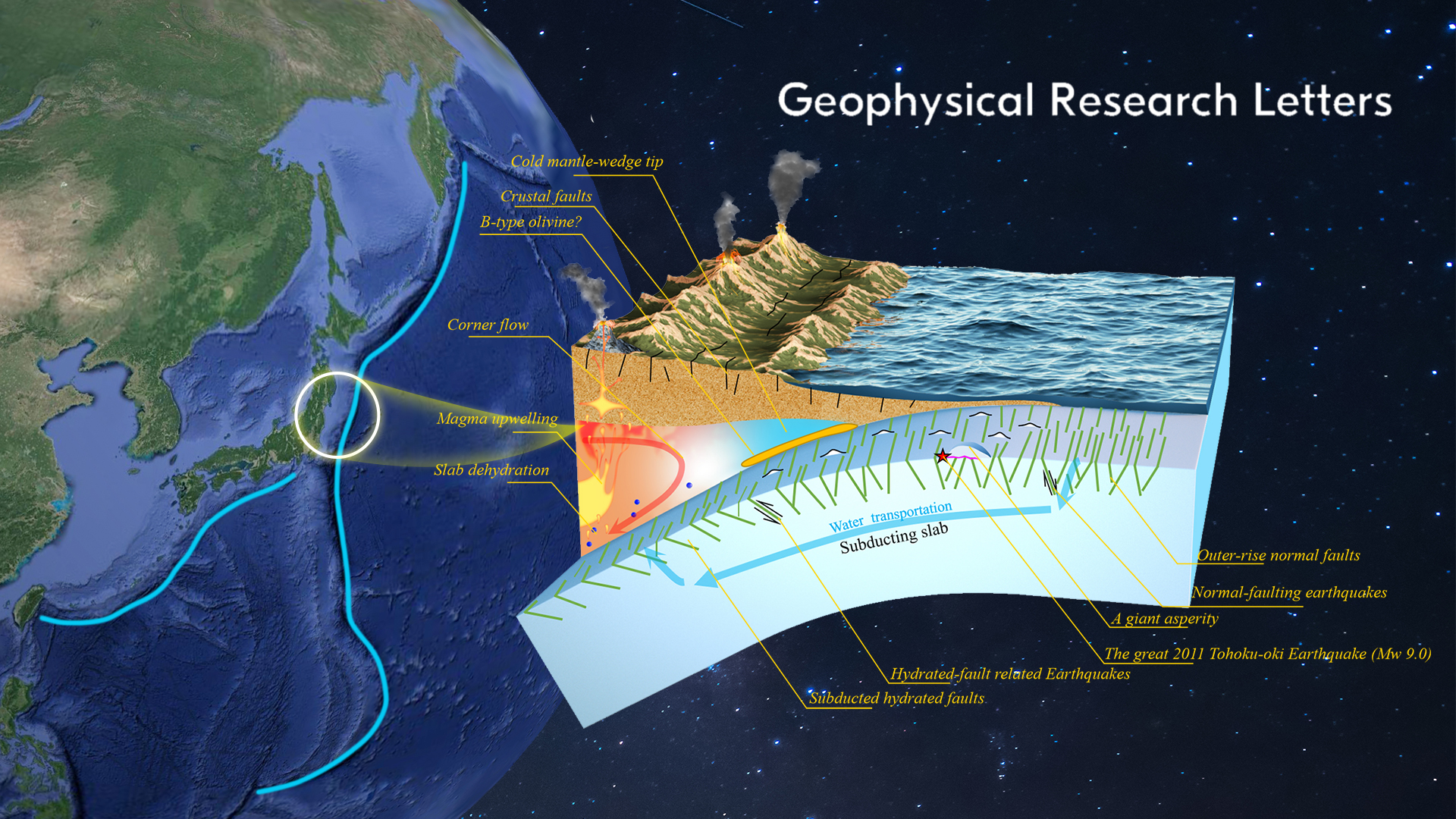 Widely observed outer-rise normal faults caused by plate bending provide pathways for seawater entering the oceanic lithosphere prior to subduction. The pore space is occupied, and serpentinization occurs when the seawater reaches and reacts with the oceanic mantle through the opening cracks or damage zones of the outer-rise faults. Outer-rise hydrated faults subducting with the oceanic lithosphere are suspected to be important for the water cycle. However, evidence for the faults beneath the forearc is lacking.

Figure 2. Image depicting hydrated faults in the slab, intraslab earthquakes, and other features in the outer-rise and forearc

The results from Prof. Chen’s team indicate ruptures of the hydrated faults may cause large intraslab earthquakes (M~7.1). The hydrated-fault associated water entering a large near-trench asperity in the megathrust zone could have triggered the great 2011 Tohoku-Oki earthquake (Mw 9.0).

This work was supported by the National Natural Science Foundation of China (NSFC), the leading talents of the Guangdong Province program, and the Japan Society for the Promotion of Science (JSPS).