Working as President of the Southern University of Science and Technology based in Shenzhen, South China, Xue reviewed the process of the award-winning discovery in his online speech, and introduced China’s notable achievements and global contribution to basic research and core technologies development over the past two decades.

He noted that basic research is the fountainhead of the scientific system, adding that Chinese scientists are working hard to lay a solid foundation for achieving breakthroughs in core technologies. 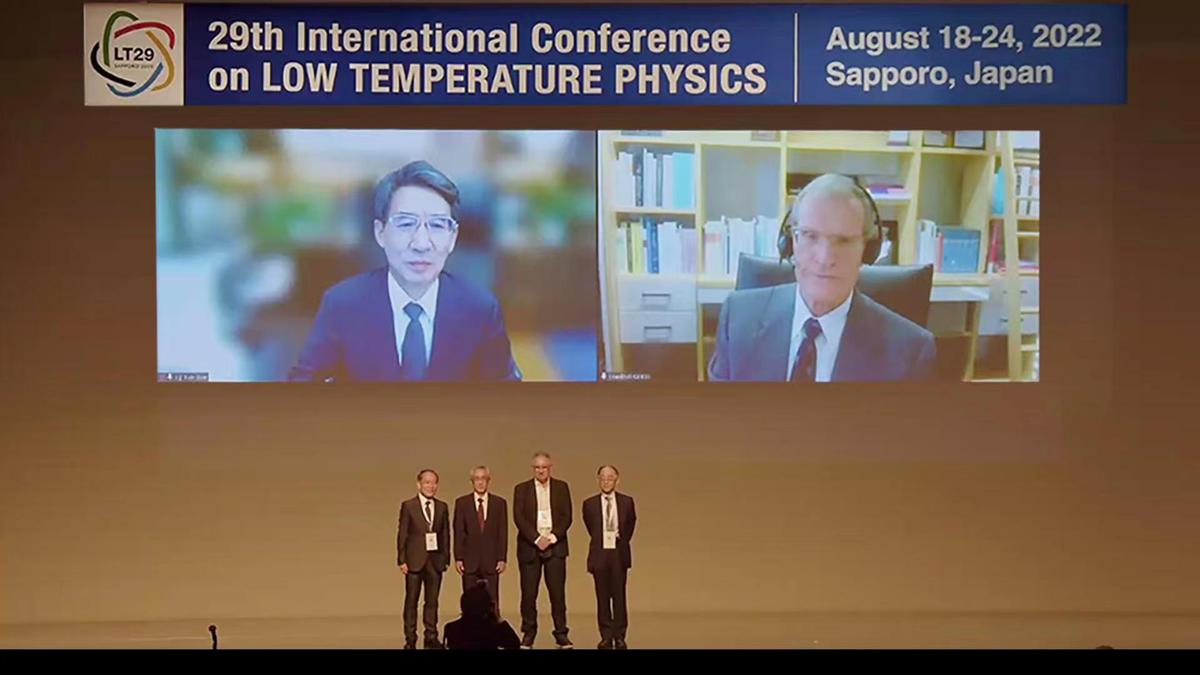 Xue was awarded the Fritz London Memorial Prize in February 2020 for his pioneering work on the experimental discovery of the quantum anomalous hall effect and edge channel in magnetic topological insulators.

Due to the outbreak of COVID-19, the award ceremony was postponed till this year’s International Conference on Low Temperature Physics (LT29) in Sapporo, Japan, which was held from Aug 18 to Aug 24, 2022.

The prize, set up in 1957, is awarded every three years to recognize scientists worldwide who have made outstanding contributions to advances in the field of Low Temperature Physics.

Xue, also a member of the Chinese Academy of Sciences, became the first Chinese scientist and the second from Asia to win the award.

His discovery builds a foundation for topological quantum computing research in the future, which is expected to accelerate the development of low-power-consumption electronics and quantum computation. His scientific breakthrough will revolutionize information communications technology in people’s daily life.

The other two winners of the 2020 prize are Professor V. Vinokur of Argonne National Laboratory, USA, and Professor Frank Steglich of the Max Planck Institute for Chemical Physics of Solids, Germany.

So far, more than 50 physicists across the globe, including 11 Nobel Prize winners in Physics, such as Dr. Lev Landau and Dr. John Bardeen, have been awarded the highest honor in LTP.